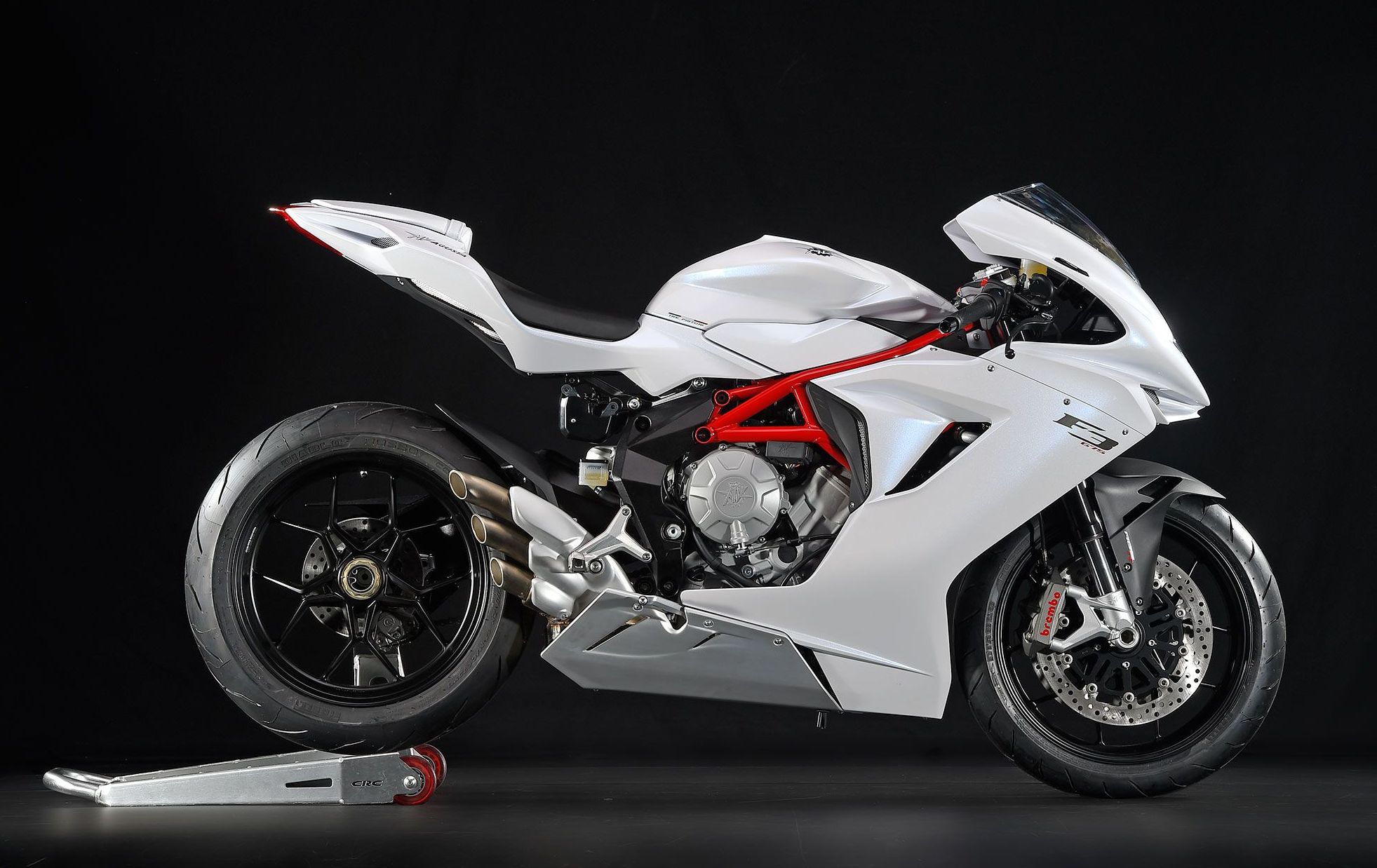 While Italian design is without parallel, its alluring exterior hides all the flaws that surround its solid engine. The last two years the F4 has performed admirably, however prior to that it has displayed a fair share of various issues, some of which recurring.

Solving those issues were not always that easy, as MV Agusta does not exactly provide a reliable source of spare parts. Not entirely uncommon for a company with cash flow problems, skirting bankruptcy. There is a reason why you’ll come across part compatibility lists when googling for original MV Agusta parts.

Amongst the issues I’ve experienced were:
01. The original handlebar vibration dampeners came loose repeatedly due to vibration (the irony was not lost on me). This also caused the gas handle to jam a few times, quite unpleasant.
02. The CDI unit is mounted directly above the exhaust. High temperatures have done a number on this piece of circuitry, leading to some odd engine behaviour.
03. The decorative exhausts are riveted to the exhaust system. Vibration caused those rivets to loosen their respective holes. Then at 260 km/h on the German autobahn the 5mm thick steel bracket holding up the exhaust gave way due to what I suspect was a bad case of resonance.
04. The starter relay is mounted upside down and it is not a potted variant. So you can guess what happens when rainwater finds its way in. Riding (or starting for that matter) in the rain was challenging until I replaced this part.
05. The engine also often ran on 3 cylinders when riding in the rain. This was once combined with issues 02 and 04, which required some creative riding to get home.
06. The electrical connection of the turn signals is affected by vibration, so periodically the connectors disconnect and the turn signals do not work.
07. The battery is mounted partly under the tank, making replacing the battery quite an ordeal.
08. Water in the cabling: MV Agusta leads its wires around the frame and uses tape to affix the wires to the frame. It looks quite makeshift, and sometimes it behaves as such.
09. The bike stand sensor failed once due to grease build up, but I guess that one was on me.
10. The fan and thermostat failed, causing the engine to overheat. The F4 does not like low speeds anyway, as it cannot dissipate heat fast enough with its closed body.
11. Back brake seal failing, causing brake fluid to leak onto the back wheel. Quite slippery I can tell you.
12. The dynamo failed, and it’s mounted right at the bottom of well.. everything. So you have to remove -everything- to reach it.

Trust me the list is far from complete. Let’s hope its seven year younger sibling performs better and doesn’t make me look like a fool for once more succumbing to the charm of MV Agusta’s design. If I don’t fail better this time around, perhaps it’s time to start appreciating Japanese design.